Photography Through the Ages: Overview

In 1941, Ansel Adams was commissioned to create a photo mural with nature as exemplified and protected in the U.S. National Parks.

National Park photographs digitized and curated from the Library of Congress 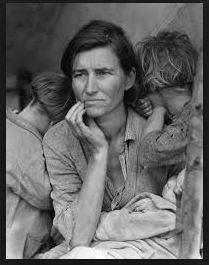 Online exhibit from the Museum of Photography Arts.

Landscape Photography
The western American landscape was photographically cataloged throughout the 1870s via the government surveys of Ferdinand Hayden, George Wheeler, and John Wesley Powell, with the work of the photographers William Henry Jackson, Timothy O'Sullivan, and others, detailing for easterners the country's varied geography, elegizing the passing wilderness, and setting the stage for its development. Innovations moved the chemical process of photography from a bulky, wet-plate ordeal in which the latent image had to be developed in the field, to dry-plate image making where the developing could be done elsewhere. The 1880s saw the beginning of a democratic revolution when George Eastman (1854–1932) introduced the first Kodak box camera and flexible roll film, placing picture-taking power in the hands of amateurs and altering forever what would be recorded with the camera. By the 1890s, the halftone process of photographic newspaper reproduction was perfected; in the early 1900s photographs argely replaced drawings in newspapers; and by 1920 the content of tabloid newspapers began to be driven by photographs. Successive formats and technologies moved photography into the modern age, increasing its speed, versatility, applications, and popularity. 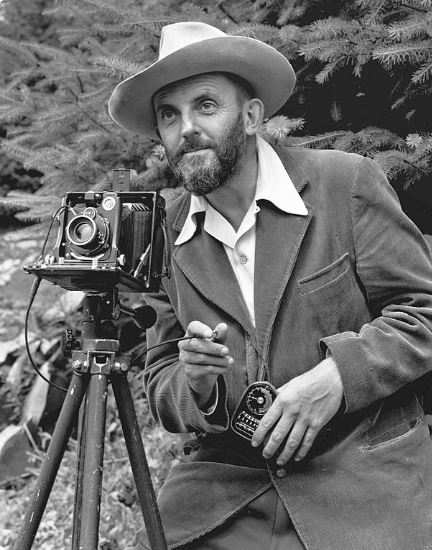 Ansel Adams
Photographer and environmentalist Ansel Adams is legendary for his landscapes of the American Southwest, primarily Yosemite National Park. For his images he developed the zone system of photography, a way to calculate the proper exposure of a photograph by rendering the representation into a range of ten specific gray tones. The resulting clarity and depth were characteristic of the photographs produced by the group f/64, an association founded by Adams and fellow photographers Edward Weston and Imogen Cunningham.

National Parks
The idea of establishing natural and historic areas as national parks developed in the United States during the nineteenth century and evolved to fulfill a perceived cultural need for a strong national identity that could be found in America's monumental scenery. The popular media was essential in the drive to sustain this idea in a country largely dedicated to material progress at any expense. Magazines, newspapers, and paintings promoted the parks as places where any citizen could grow mentally, physically, and spiritually through communion with nature. Because the parks are owned by all citizens, they came to exemplify America's democratic ideal, and they remain national symbols of pride. The rise of the environmental movement in the mid- to late twentieth century has also made the national parks symbols of American environmental consciousness.