Public Lands Initiative Proposal 2013-2016
In 2013, Representative Rob Bishop launches the Utah Public Lands Initiative (PLI) in an effort to find a local solution to land disputes that balance use and protection. But talks break down, and tribes and conservation groups walk away from the process.  In 2016, Representative Bishop submits a bill to create the 1.39-million-acre Bears Ears National Conservation Area. It doesn’t come up for a vote after leaving committee.

America's Most Endangered Places, 2014-2016
In 2014, the National Trust for Historic Preservation in n partnership with the All Pueblo Council of Governors, Friends of Cedar Mesa, Crow Canyon Archeological Center, the Conservation Lands Foundation added Bears Ears to its National Treasures program. In 2016, the National Trust included Bears Ears on its annual America's Most Endangered Places list due to looting and destruction of archeological sites..

Utah Governor’s Office Proposal 2017
Newly-elected President Trump orders the Interior Department to review 27 national monuments, stating that President Obama’s use of the 1906 Antiquities Act was an “egregious abuse of federal power” that allowed the federal government to “lock up” millions of acres of land.  Bears Ears is first on the list. Utah Governor Gary Herbert submits a proposal to modify the boundaries of the Bears Ears National Monument to 120,000 acres. 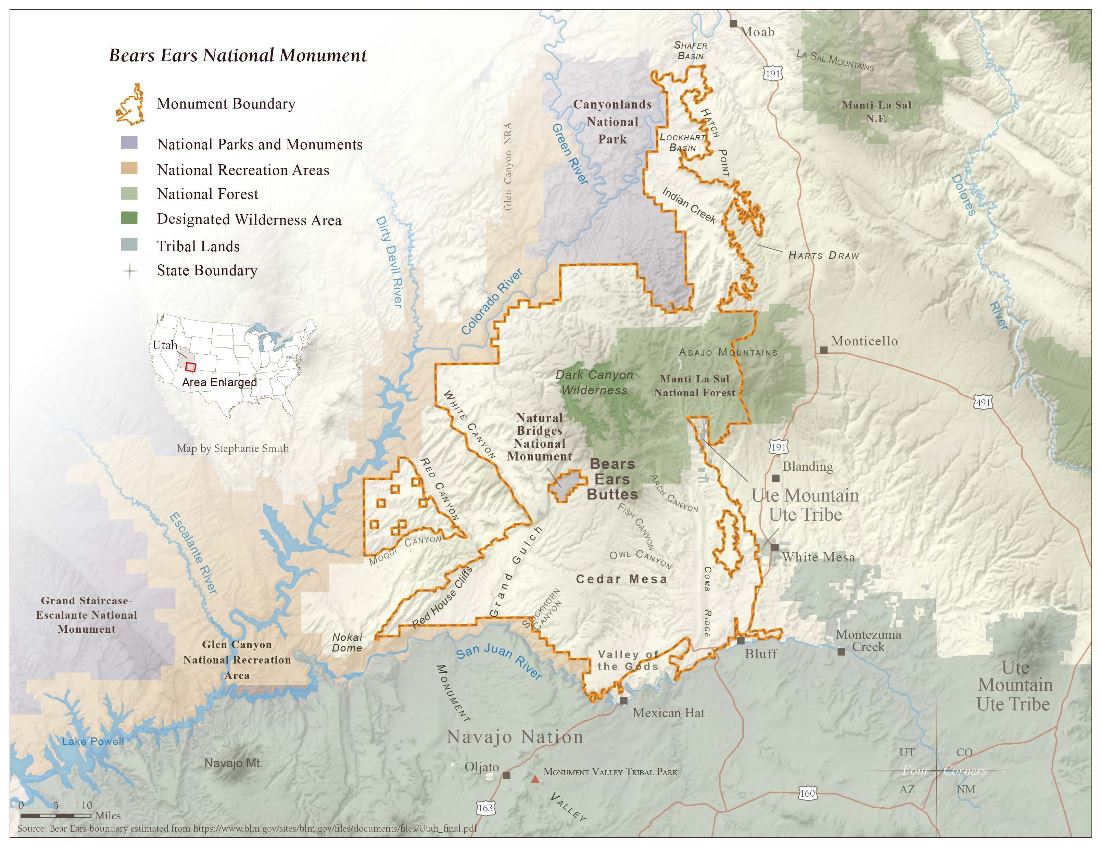 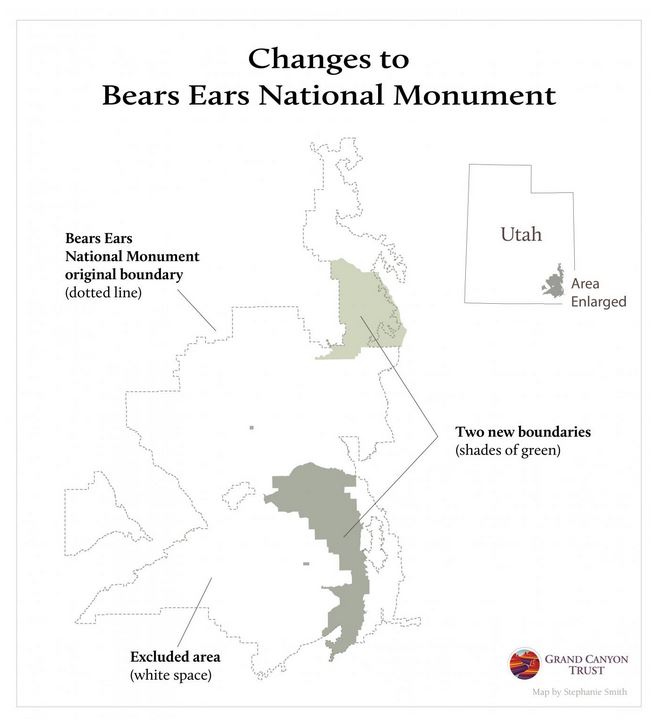