This guide provides resources, links, assignments and rubrics for the 2018 Libertas Civics Camp. 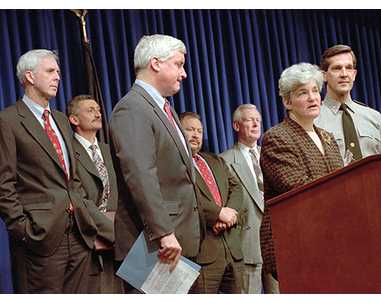 The invention of modern eavesdropping devices and their frequent use by law-enforcement officials poses special challenges to the Fourth Amendment to the U.S. Constitution. Wiretapping, or electronic surveillance, remains a controversial issue. One shift in the battleground has occurred over the types of offenses that may justify issuance of a search warrant. In this photograph, taken on February 12, 1996, District Attorney Lynne Abraham of Philadelphia explains her support for proposed state legislation that would expand the types of offenses for which a wiretap may be authorized. 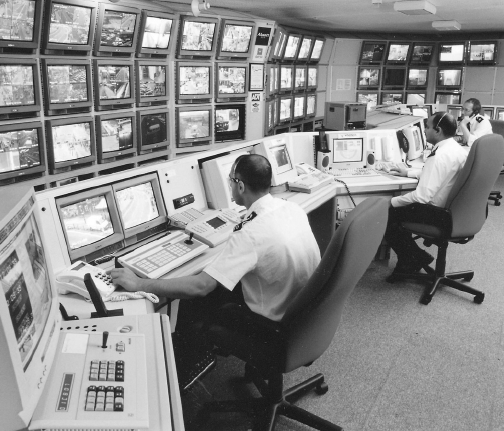 To protect against Fourth Amendment violations, law enforcement agencies, such as this unit using facial-recognition technology, do not participate in intelligence gathering. 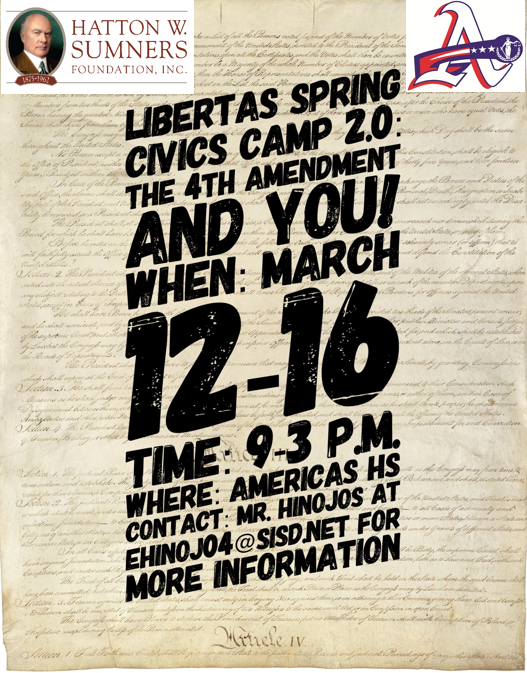