Skip to main content
It looks like you're using Internet Explorer 11 or older. This website works best with modern browsers such as the latest versions of Chrome, Firefox, Safari, and Edge. If you continue with this browser, you may see unexpected results.

How did the contributions of physicists in the making of the atomic bomb affect the world as we know it?

Was it morally correct to use the atomic bombs on Hiroshima and Nagasaki? Why or Why Not?

We will watch the documentary White Light, Black Rain: The Destruction of Hiroshima and Nagasaki.

I will record notes and include my own interpretations of the impact of dropping the atomic bomb on Japan during World War II. 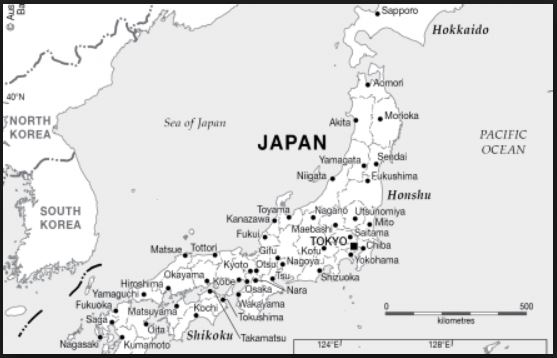 Locate Hiroshima and Nagasaki on the map.

Answer the following questions while watching the documentary White Light, Black Rain: The Destruction of Hiroshima and Nagasaki

5. TPS
​THINK: Was it morally correct to use the atomic bombs on Hiroshima and Nagasaki? Why or Why Not?
​PAIR: Take turns discussing each of your perspectives.
​SHARE: Record your answer and your partner's answer below.
​    My Response:

1. List some stereotypes portrayed in US war propaganda newsreels about the Japanese.

2. Explain how the Japanese people felt that they were losing the war even though their government reported to the contrary.

5. What observations/reactions did the Enola Gay crew have after the bomb was dropped?

8. August ____th,the Bockscar was sent on a mission to drop the second atomic bomb on Nagasaki. ​

PAUSE:
​9. Over the next portion of the film, survivors retell what the day was like before the atomic bombs were dropped. For each city, it was an average day. Listen carefully and record the chain of events.

PAUSE:
​10. Fill-in-the-blank as survivors retell what happened when the atomic bombs were dropped.

11. Focus on the paintings and drawings by survivors of Hiroshima and Nagasaki. What are some of the details that stand out to you in these pictorial descriptions after the atomic bombs were dropped?

PAUSE:
From 33:00-42:28 mins. Think and reflect as you listen carefully to the stories of survivors.
13. Three-Two-One Reflection: